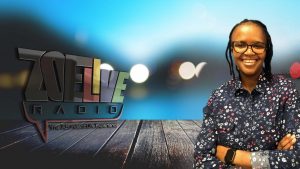 Boitumelo Tlholakae is a Communication, Public Relations and Stakeholder Specialist, with over fifteen years of experience in Corporate and Advisory role. Boitumelo is a Philanthropist at heart, an Entrepreneur, a mom to a six-year-old boy with special needs. Amongst her achievements, Boitumelo has obtained an MBA in 2018. She has worked at P4 Radio (Durban) and Kaya FM as an intern Producer while studying for a Radio Production Diploma with the National Electronic Institute of South Africa (NEMISA), Produced radio documentary programmes that aired on all 14 SABC public radio station through a sponsorship she attained from Government Communication Information Systems (GCIS) and she also initiated, developed and managed student radio station (pre-recorded) while studying at NEMISA.

Boitumelo is a firm supporter of local charity initiatives and particularly Tshepang Care Centre based in Vusumuzi informal settlement, in Tembisa. Boitumelo is also a Career and Life Coach. In her life, she has coached and mentored professionals, Masters students and children from the ages of 12 – 18 who later became adults who have become responsible citizens, who now have families and great careers and great lives. Boitumelo sees herself as a community builder who strongly believes in developing people. “I believe in teaching people how to catch fish and not giving them fish”.